There’s been a lot of media chatter recently about a giant star’s imminent death. Unfortunately, the rumours of an impending supernova burning across our skies are grossly exaggerated. But,  if we haven’t all got prime seats for the century’s largest light and sound show, what’s really going on with Betelgeuse?

Betelgeuse, a prominent star that forms one of the shoulders of Orion the Hunter, is a red supergiant. Located about 700 light-years from the Sun, it is cool for a star (3,590 K) but extremely large (more than 900 times the radius of the Sun). A high mass star, weighing in at a hefty 12 solar masses, Betelgeuse has lived fast, depleting its nuclear fuel in just 10 million years, and it’s nearing the end of its life.

Last October, something funny started to happen to Betelgeuse. Normally the tenth brightest star in the entire sky, it began to dim, and by February of this year, it was ranked as only the 28th brightest! If you’re a seasoned stargazer, you might even have noticed this dramatic fading yourself.

However, the recent dimming of Betelgeuse isn’t uncharacteristic. It is, after all, known to be a variable star, meaning one that’s prone to routinely and periodically fading and intensifying. This phenomenon is quite common among red supergiants like Betelgeuse. Strangely though, the media seem to have mistaken Betelgeuse’s recent behaviour as a portent of its imminent death!

Red supergiants do indeed end their lives in spectacular explosions called supernovae. As a star runs out of fuel at its core, thermonuclear reactions cease, and the star loses the outward pressure that balances the gravitational force working to contract it. In a fraction of a second, the star’s inner core, which consists mainly of iron, nickel and cobalt, collapses. At this point, the atoms are squeezed together under enormous temperature and pressure to form a planet-sized ball of neutrons.

Normally, neutrinos don’t interact with other matter — in fact, every second more than 100 trillion of them are passing right through your body, completely unimpeded! But, since so many of them are ejected during a core collapse, the energy released is sufficient to blast the outer layers of the supergiant to pieces. The resulting explosion is what we call a supernova. The energy released briefly outshines an entire galaxy of stars!

One day Betelgeuse will indeed explode as a catastrophic supernova, but it’s difficult to predict precisely when this will happen. Most astronomers agree that the star will probably live for another 100,000 to 1 million years. So, it’s extremely unlikely that any of us will experience its destructive demise.

What will happen when Betelgeuse does finally give up the ghost? Well, we know that the Earth won’t be affected; 700 light-years is far enough away that the energy we’d receive if this were to happen would be negligible. However, the event will certainly be spectacular.

The first indication of Betelgeuse’s demise will come as a 10-15 second burst of neutrinos, swamping underground neutrino detectors around the world. A few hours later, at the same time the first shock waves of the explosion reach the star’s outer layers, the brightness of Betelgeuse will increase by a factor of about 7000. The star will then appear about 40 times as bright as Venus.

But this is just a lead-up to the main event. After a small dip in brightness, the supernova will increase in intensity again, reaching maximum brightness after about 10 days. At peak brightness, Betelgeuse will be brighter than the full moon, casting impressive shadows during the night-time hours and remaining easily visible during the day.

As the explosion dissipates, Betelgeuse will begin to fade again, dropping to around the brightness of Venus within about four months. After a few years, the supernova will have faded to the point where it can’t be detected with the unaided eye. As it returns to the brightness of a normal star, astronomers will see glowing, almost spherical clouds of gas and dust surrounding the dead core of the star, or what’s known as a supernova remnant or SNR. It will remain a spectacular object in our telescopes for centuries to come.

Media speculation about Betelgeuse’s imminent death has become a bit muddled. First, there’s no reason to link the dimming of the star’s brightness to an impending core collapse. The spread of this erroneous idea wasn’t helped by the LIGO/Virgo detection on January 14 of a burst of gravitational waves, which appeared to originate from somewhere near Betelgeuse. Although a supernova could produce this kind of signature, there’s no evidence that the two are linked. Besides, you need only step outside to see that Betelgeuse is still shining brightly in the sky, even if it’s shining less brightly than usual!

So, if going supernova isn’t what’s happening to Betelgeuse, what is? Astronomers maintain that the star’s recent fading is just a particularly strong but normal variation in Betelgeuse’s brightness. Just like the Sun and other convective stars, Betelgeuse’s surface is constantly pulsating. These changes follow various complex periodicities, but all of them change the star’s overall brightness. It appears the recent fading may have resulted from the coincidence of the minima in two cycles that influence Betelgeuse’s brightness: a normal 5.9-year cycle minimum and the unusually deep minimum of another 425-day period. Perhaps unsurprisingly, recent observations indicate that Betelgeuse is once again starting to brighten.

Betelgeuse, like many cool giant stars, also releases large quantities of gas and dust into space. These clouds can absorb or obscure light and therefore change the star’s apparent brightness. In fact, the most recent observations suggest such clouds could be partly to blame for Betelgeuse’s recent dimming.

Orion, the constellation that Betelgeuse is part of, is visible in the northern hemisphere during winter. Soon, the Sun will be moving through the zodiac in the vicinity of Orion, hiding the constellation in daylight until next autumn. So, take the opportunity now to step outside on a clear night and catch a glimpse at this mysteriously dim giant. Chances are Betelgeuse will still be visible next autumn. But, you never know! 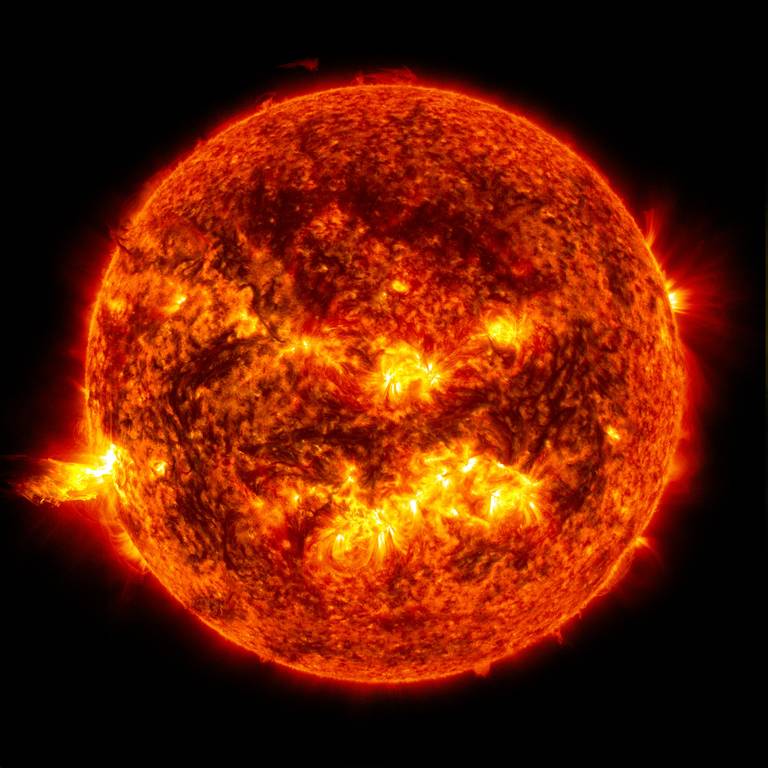 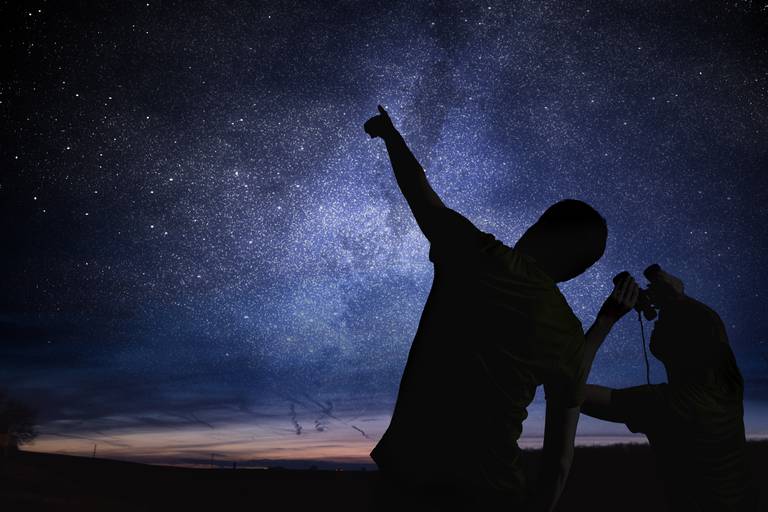 Astronomy with Binoculars: What to See in the Northern Hemisphere