For thousands of years, people around the world have admired the beauty and the mystery of the Moon. Some things about the Moon remain unknown, but we’ve learned a lot over the centuries.

Where did the Moon come from? It’s thought that both the Earth and the Moon formed about 4.5 billion years ago. At that time, the solar system was crowded, with small “worlds” that collided until only the planets remained. It’s thought the young Earth was hit by another world the size of Mars, which threw fragments of the Earth out into space. These fragments then came together again to form the Moon.

How does the Moon affect our tides? Our tides are caused by the Moon. The Moon’s gravity pulls the water in the oceans toward it, causing the oceans to bulge directly under the Moon and simultaneously causing a second bulge on the opposite side of the Earth. This bulge is called high tide. If you live by the ocean, you experience two high tides in a 24 hour cycle – one as you move beneath the Moon, and the other while you are on the “opposite side” of the Earth in relation to the Moon.

Why do we always see the same side of the Moon? The Moon takes about 27.3 days to orbit the Earth. This is also the same amount of time it takes for the Moon to spin once on its axis. As a result, it always keeps the same side turned toward us. This also means a day on the Moon is 27 days long!

You can easily see the Moon in the evening sky for about two weeks every month. With just your eyes, you’ll notice the dark patches, called maria. Ancient astronomers used to believe these were oceans and seas on the Moon, but in reality they’re vast areas where volcanic lava used to flow.

Binoculars will show you the larger craters, such as Copernicus and Tycho. You’ll also see shadows in the smaller craters as the Sun rises over the lunar surface.

Look at the Moon through a telescope and you’ll be amazed by the view. You’ll see chains of craters, mountain ranges and, with a larger telescope, valleys (called rilles). You’ll even see the peaks of mountains in the center of the craters.

Whether you’re using your eyes, binoculars or a telescope, the Moon can be stunning. Can you see the Moon tonight? Go outside and take a look. What can you see? 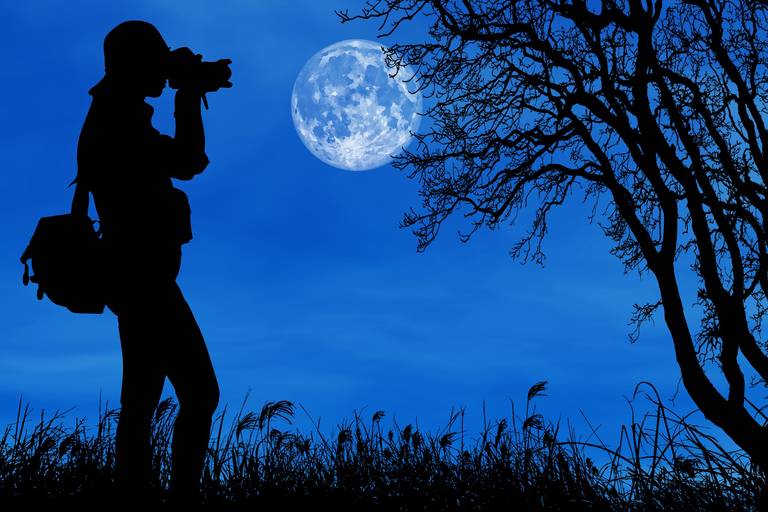 Photograph the moon on your phone or camera 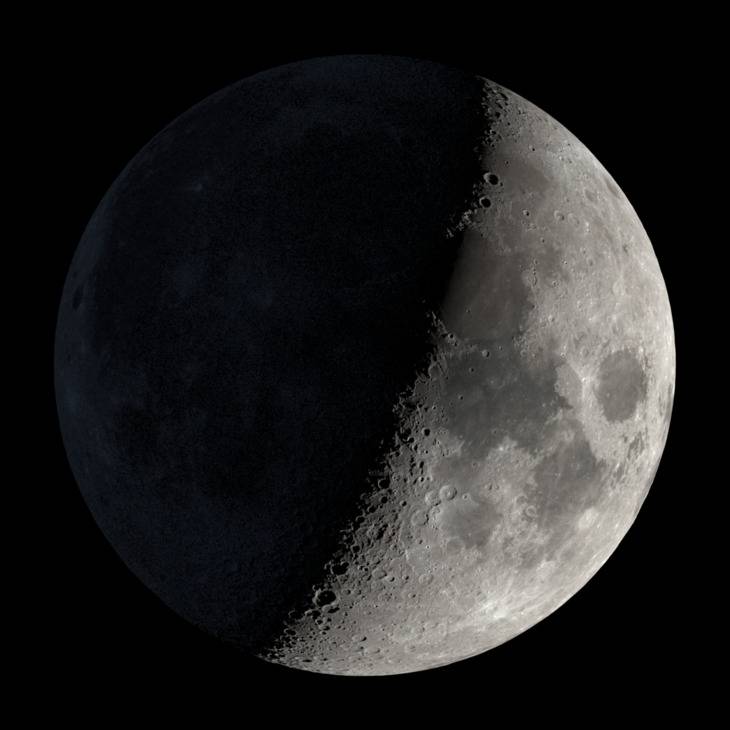