You probably already know there are eight planets in our solar system, but did you know that you can see five in the night sky with just your eyes? The ancient astronomers didn’t know about other worlds and thought these strange, moving stars were gods. You can discover these distant worlds for yourself, and you won’t need a large, expensive telescope to see them!

Let’s start with Mercury. The smallest of the planets, it’s made entirely of rock, with a surface hot enough to melt lead. It’s the closest to the Sun and because it appears to move quickly from night to night, the Romans named it after the messenger of the gods.

Being the closest planet to the Sun, Mercury never strays far from it, and so you’ll need to look carefully before sunrise or after sunset to catch a glimpse of it. To the naked eye this small planet shines with a pinkish-white light, and a telescope will show it as a tiny brownish disc, with phases, like the Moon. However, it is important to be very careful while observing Mercury with a telescope or binoculars. The Sun is always close by and looking at directly it with any instrument is extremely dangerous: You can become blind if you do!

Venus is the second planet from the Sun, and the closest to Earth. It’s also just slightly smaller than Earth, but is covered with thick clouds of carbon dioxide. These clouds reflect much of the sunlight that reaches the planet, causing it to shine brilliantly in our sky.

Like Mercury, in the sky, Venus doesn’t appear to be far from the Sun, so you can only see it in the early morning or evening twilight. It resembles as a brilliant white “star” and can be quite beautiful when the crescent Moon is nearby. This might explain why the Romans named it for their goddess of love.

The Earth is next, our third planet. While you can’t see it in the night sky, you can certainly explore our world and study it up close. Find a nearby hill, climb to the top and then look around. Earth is the only planet known to have life and, as such, is quite special and unique.

Fourth from the Sun is Mars. Smaller than Earth, it’s another rocky planet and has a dry, cold surface. It’s known as the “red planet” because its orange soil causes it to shine with a coppery red light in our night sky. This reminded the ancients of blood, and so the Romans named it after their god of war.

Since Mars is further away from the Sun, it’s possible to see it at any time of night, depending on its position in the sky. A small telescope will show its polar ice caps and the dark markings on its surface.

Jupiter is the fifth and largest planet in the solar system. A “gas giant,” it’s actually a huge ball of gas with no real surface – at best it has a solid core! It takes 12 years to orbit the Sun, but shines with a bright, golden light. Perhaps the ancients saw its golden color and thought of royalty, as the planet is named for the Roman ruler of the gods.

Binoculars or a telescope will reveal up to four objects that resemble “stars” in a line beside it. These are its four largest moons, Io, Europa, Ganymede and Callisto. Depending on the day, you will see these moons in different positions as they circle the planet, and some may even seem to be missing if they are behind Jupiter or in front of it. Any telescope will show Jupiter as a small, circular disc with dark bands of clouds.

Saturn, of course, is the planet with the rings. It’s sixth from the Sun and takes about thirty years to complete one orbit, so it’s the slowest and faintest of the planets known to the ancients. Since it moves slowly through the sky, the Romans named it for their god of time.

Like Jupiter, Saturn is a gas giant and has no solid surface to speak of. In fact, it’s almost entirely made up of a gas called hydrogen and is light enough to float on water – if you could find an ocean large enough!

It shines with a yellowish light, but can be relatively faint and easily mistaken for a star. However, turn a telescope toward it and you’ll see this is no star – the rings can be seen through almost any telescope and are an amazing sight. Look carefully and you might also see Titan and Rhea, two of the planet’s 82 moons (some of them are still waiting to be confirmed).

Next we have Uranus. Seventh from the Sun, it was too faint to be seen by the ancients and was discovered by William Herschel in 1781. Astronomers named the planet after the father of Saturn, who was also the grandfather of Jupiter.

Uranus is the third largest planet, just slightly larger than its neighbor, Neptune. It’s unique because it rolls around the Sun on its side, and not upright like the other planets. Through binoculars it looks like a tiny pale blue star, but a telescope will show a small disc. Uranus requires some practice to spot it, as you’ll need to know exactly where to look.

Last, but not least, is Neptune, the eighth and most distant planet from the Sun. Like Uranus, this world wasn’t known to the ancients and wasn’t discovered until 1846. It’s named after the Roman god of the sea, who was also the brother of Jupiter.

Neptune resembles a blue star-like point when seen through binoculars, but it’s difficult to find. You’ll see a tiny, blue disc through a telescope but, unfortunately, nothing else.

You may not be able to see every planet with your eyes, but there are five that can be easily seen in the night sky. Step outside tonight, look up and you may just see a whole new world! 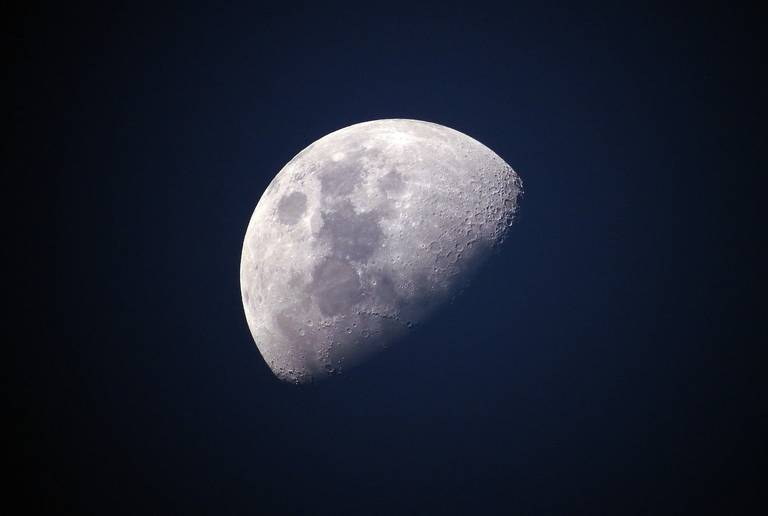 The Solar System: Observing the Planets