By now, the Big Dipper is low on the northern horizon, but if you draw a line through Merak and Dubhe to Polaris and continue on, you’ll come to Cassiopeia. It’s high over Polaris, and looks like a large, crooked W in the sky.

Draw a line through Navi and Ruchbah towards the east and you’ll come to Perseus. Now look about midway between Ruchbah and Al Fakhbir, in Perseus. Under dark skies, you might just see a tiny, misty patch, while with binoculars you will see two patches of stars. This is the Double Cluster, an outstanding pair of clusters in small scopes.

Cassiopeia’s daughter Andromeda appears above her, and for most of us, she’ll be overhead. Formed by two curved lines of stars, you might just notice a faint smudge of gray light. That’s the Andromeda Galaxy. It’s the closest major galaxy to our own and the most distant object you can see without the help of binoculars or a telescope.

If you turn to the south and find Andromeda again, you’ll see Pegasus to the southwest. The body of Pegasus is outlined by four stars, known as the Great Square of Pegasus.

This season’s best meteor shower is the Leonids. The meteors are at their maximum in the early hours of November 17th, but you can catch a few in the evening of the 16th. They’re bright but fast, so be careful not to blink or you might miss one! 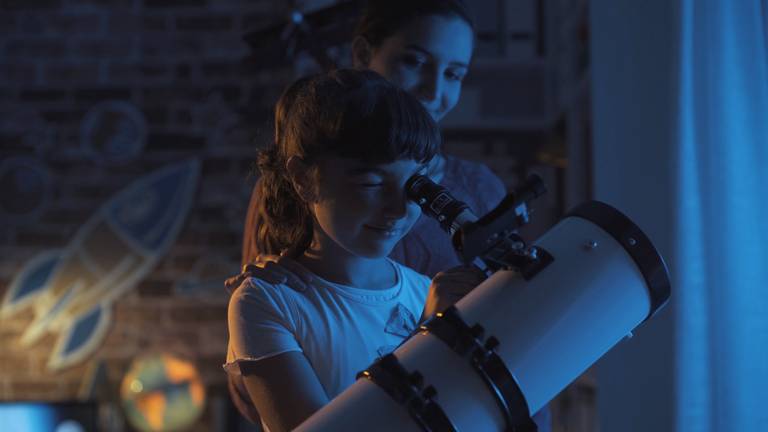