Astronomers may have found the first exoplanet outside of our own galaxy according to a paper published on September 22, 2020. While finding exoplanets (planets orbiting around other stars) has become an ordinary thing, over 4,300 have already been discovered in our galaxy, this would be the first one detected in another galaxy.

This planet candidate is located in the so-called Whirlpool Galaxy, or M51, and named M51-ULS-1b. Due to the distance, finding planets in other galaxies cannot be done with the same techniques that astronomers use to detect exoplanets in our own Milky Way. One of the methods for detecting exoplanets consists in measuring small dips in the luminosity of a star which occurs when a planet passes in front of it. Because other galaxies are located too far, studying individual stars and measuring such dips is not possible. On the other hand, galaxies contain few powerful X-ray sources—black holes or neutron stars for instance—that can be detected individually. It turns out that their apparent diameter is small, comparable to the apparent diameter of a planet. As a consequence, a relatively small object such as a planet orbiting a star in a distant galaxy could find itself in our line of sight and could hide an X-ray source for a moment.

It is by studying these dips in X-ray sources that the team discovered a candidate exoplanet in M51. The paper says that it completely blocked the X-rays for a time interval of 20–30 minutes. Obviously, more research has to be done not only to confirm this discovery, but also to try to find more extragalactic exoplanets.

This is not the first time the presence of a potential exoplanet is suspected, but this is the first time that an actual occultation is observed. We know that stars with planets are pretty common and there is no reason why our Milky Way would be the only galaxy where stars have planets. Detecting one in another galaxy, however, is a cornerstone for astronomy. 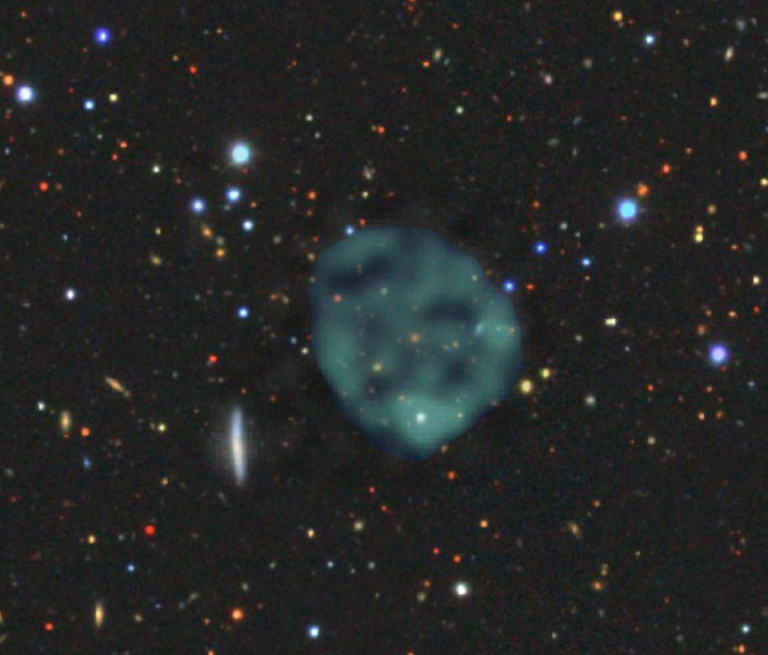 'WTF?': newly discovered ghostly circles in the sky can't be explained by current theories, and astronomers are excited